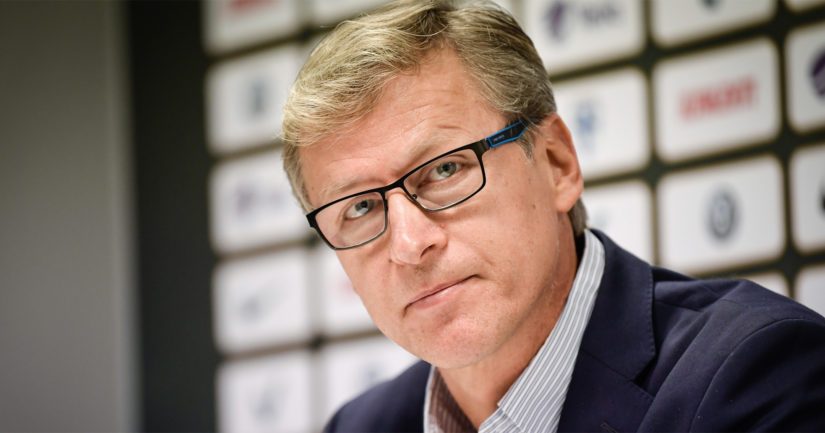 Recently, Soccer HUB and AEFCA were fortunate enough to gain invaluable insight into the world of international football coaching from the Head Coach of Finland, Markku Kanerva.

Kanerva has been involved in coaching at a professional level for almost two decades and has been a part of the Finland set up since 2004. Having overseen the under-21 squad between 2004 and 2010, Kanerva has experience in coaching at both youth and senior level. Before moving into coaching, Kanerva enjoyed a playing career in which he turned out for a number of different Finnish teams as well as appearing 59 times for his country, making him something of an institution within the Finnish game.

Given the ex-defender’s wealth of footballing experience in the country, the natural starting point of the interview was to quiz him regarding the main challenges which he and other Finnish coaches face in the modern game. “We are lacking some resources,” he said, but there has been “a lot of improvement in that” – improved facilities such as artificial pitches have helped negate the detrimental footballing impact of Finland’s harsh winter, Kanerva explained. There are other challenges too, Kanerva revealed; “I don’t have so many players in the European top 5 leagues. This is true. In the most recent Finland squad, just five players were plying their trade in the top division of either England, France, Germany, Spain or Italy.

But Kanerva was evidently optimistic about Finland’s trajectory; he revealed that the nation has “six or five times more” UEFA A or B licensed coaches than it did a decade ago. But while he clearly thinks the country is headed in the right direction, he admitted that more needed to be done to make football coaching a more appealing career path – “the financial situation is not good enough, but if we get more support from the government it could help [potential coaches] make the right choice to become a professional”.

Expanding on his own particular experiences of being a national team coach, Kanerva noted that many of his “young players go to academies abroad”. This can prove to be something of a double-edged sword, as the Finland coach would later claim. On the one hand, it “enriches the knowledge” of both the young players and the coaches overseeing their development to undergo their footballing education elsewhere in Europe. However, clubs can get “jealous” of their footballing assets when they are playing for their national teams, fearing that they may pick up injuries. For this reason, Markku says, “I find it very important to have good connections with club coaches” as the dynamic between them and himself “requires good negotiation” if it is to be successful.

Asked about whether he felt it is necessary to have played at a high level if one is to be top coach, a subject highly relevant to us here at Soccer Hub, Kanerva gave a balanced response which weighed up the pros and cons of both approaches.

“Maurizio Sarri” and “Jose Mourinho” were two examples he cited of managers who have little to no professional playing experience who have gone on to be truly elite coaches. Potentially, the cause of their success is that “if you start your coaching career earlier, you have more time to prepare and become a top coach”.

Conversely, the Finland manager pointed to the likes of “Zinedine Zidane” in expressing that ex-pros have “experience of how to manage that top football” and can “can give some technical or tactical advice from their role that they used to play”. But Kanerva was not shutting the door on coaches who are not ex-players. Instead, he argues that there is no one correct career path that you must follow – there are many routes one can take.

In terms of what constitutes his, and Finland’s, overarching football philosophy, Kanerva talked about how he tells his “coaches what kind of player they want to seen in the national teams” in order to implement his favoured style of football. It goes without saying, the technical attributes of a player are important. But even more significant to Kanerva is their “character,” their desire “to represent Finland”. They must be “committed to [Kanerva’s] way of playing, and they have to be ready to work for the team and do everything for” them.

Kanerva was equally specific about what he looks for in a good coach.

“I don’t want them to be like me,” he said. If this is the case, he argued, “we can have some kind of discussion, and they can challenge me as well” – for Kanerva, variety is a significant attribute in any well-functioning staff dynamic.

He talked about this can lead his to “compromise in [his] game strategy,” and this level compromising and co-operation is something he feels all coaches should aspire to.

“But the most important thing: he has the will to learn all the time because football is changing”. This was perhaps the most profound advice Kanerva gave; in a world where technology and hyper-communication necessitate rapid evolution within the game, coaches at all levels must be versatile and hungry for knowledge.

Find bellow the latest AEFCA’s newsletter with all the news about our Association! 2021_4_Newsletter 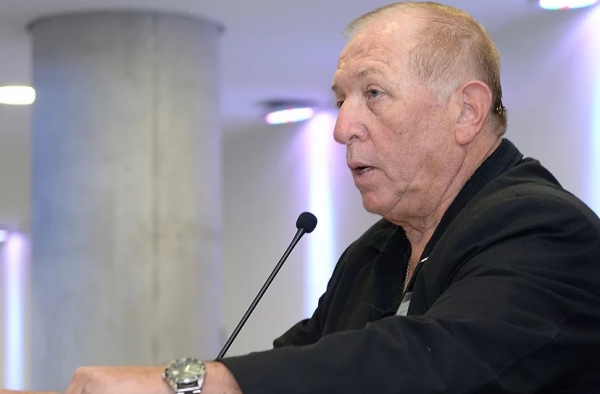 Exclusive interview with the AEFCA's EX. CO. member, Ron Schneider Truly global footballing experts are hard to come by. With…